I would like to tell you what Iran is, but there is so much to say, that I do not have the patience to tell you everything. So I’ll be short. 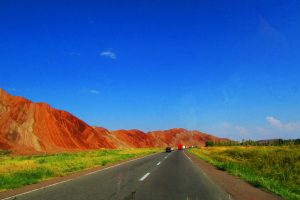 First of all, since we’ve been here, our feelings are all over the place, from wonder, to nervousness, and move on from surprise to surprise. Starting with the landscape that keeps changing. We move from an arid mountainous area to a tropical one, and soon we will see the desert. 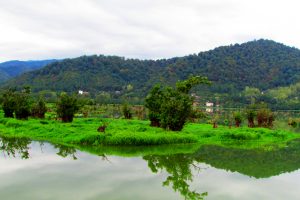 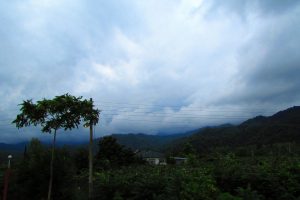 On the road, there seems to be no rules, apart from the fact that if you want to move forward, you have to win. It has not been difficult for us at the moment to find diesel. It is even very inexpensive, but really low-end. Here, aside from trucks, everyone runs on gasoline. And there are Peugeot 405 galore, because they are cheap. 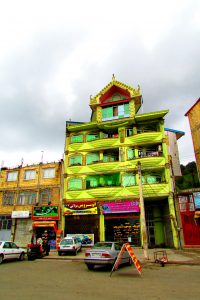 The shops along the country road are varied, there is everything. These shops are very often colorful, which brings a little cheerfulness to the landscape, because the buildings are often shabby and unfinished. 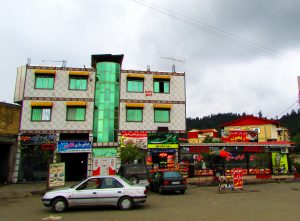 We could also be amazed on the road, like a cow in the middle of the road between two traffic lanes, grazing peacefully, or a horse in a dump truck, and so on … 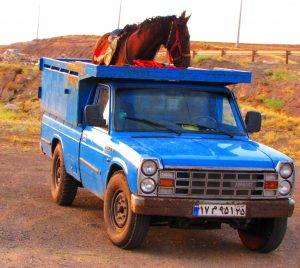 Iranians are also very surprising. They are always ready to offer you food, shelter, and help. They are really very welcoming and warm, but sometimes it is too much. Their recurrent and incessant presence also makes us tired, and leads us wanting peace and quiet. This allows us to relax and feel better.

We are often seen in the countryside as zoo animals in the eyes of the population. Iranians do not have the habit of crossing tourists with trucks and dogs. This obviously attracts the eye of the police, who have only checked us since we arrived.

We had to do to the local police, as well as the religious police also called moral police. I was shocked by the control of the religious police. I felt a lot of fear and distrust of them, and this was reflected in a contemptuous attitude on my part. Which could hurt me in the future. But it made me realize what people are going through here. It was pretty brutal for me, and I came to wonder about the feasibility of a party here. Indeed, following this disturbing event, I realized that a party in Iran, would be complicated or even impossible, because in my opinion too risky and utopian. However, a few days later, with the connections and the links of our contacts, we learn that this is possible!

This is how art and meetings can turn everything around in an instant. It was with a smile and a heart filled with hope that we reached the city of Tehran.

Today I see that Iran is a country that can be oppressive, or the population is deprived of freedom of expression, and unfettered entertainment that is contrary to what we know at home in France. But there is also a hidden world, which we look forward to discovering …